How to Forge Your Own Successful Business 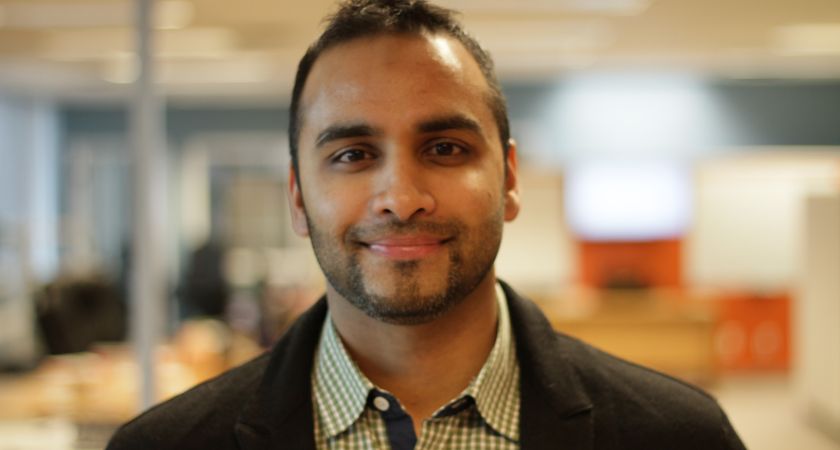 This article originally appeared in the Centennial College blog

As part of its commitment to provide young entrepreneurs in the GTA with connections to forge their own careers, ACCEL, the Accelerator for Centennial Community Entrepreneurs and Leaders, aims to link new business people to seasoned professionals. As a bonus, these professionals are often the product of Centennial College’s earlier education having prepared them for success. One such veteran entrepreneur is Saud Juman, now president and CEO of PolicyMedical, a company dedicated to providing hospitals and health companies with easy-to-use software solutions. Saud was guided into entrepreneurship after finding dissatisfaction within the traditional corporate structure, and used his unique set of business philosophies to build his company. Now he joins ACCEL to pass what he learned along to the next generation of independent business leaders. Here’s how he got there.

“Up until Grade 10, in Scarborough, I believed I was going to be in the NBA,” Saud admits. “Then I realized I wasn’t growing anymore, and that my skills were only going to go so far, so I adopted my passion for basketball and martial arts and honed it into business sense.”

While it may seem an odd route, Saud believes the skills are transferrable. “It’s the same discipline, The focus, the hard work that it takes,” he explains. “You need that grit. When stuff doesn’t go all that well, just push through it.”

Outside of that, Saud comes from a family of entrepreneurs, and so had a good deal of entrepreneurial experience before even coming to Centennial in businesses ranging from food and beverage, to entertainment and clothing.

He came up with the idea for PolicyMedical while working in sales at a tech company at the turn of the century. “I was there at that startup,” he says, “trying to sell their product. It was the late 90’s, so a lot of companies were really trying to get into “The Net” or “The Web,” or whatever the buzzword was at the time, and that company was no different.”

It was while trying to sell their products that he began to notice customer needs going unmet. “We were targeting hospitals,” he explains, “and they were looking for a specific niche product. I actually went to the CEO of the company and said, here’s what the customers are saying they want, they don’t actually want what we have.”

This didn’t go over well, and motivated him to make the leap to independence. “I was much younger then,” he admits, “so I was sent back to my cubicle to work, and I hate cubicles. The very next day, I quit, because something in me said, there’s an idea here, if they’re not going to run with it, I’ll run with it.”

Fortunately, he understood his limits, and was able to work with them. “There was one small problem,” he confesses. “I wasn’t an engineer, I didn’t know how to code, but I convinced the lead engineer of that company to leave with me. We set up shop in my mom’s basement, which is about five minutes from Centennial College, where we’re sitting right now. Her basement was the headquarters for the first several years of our business.”

While PolicyMedical would eventually become successful enough to get its own office, Saud cautions about using that as an indicator of the worth of a business. “I have friends that run really successful businesses in a hotel room, or on a beach somewhere off their laptop, without the stress of an office, or anything like that,” he explains. “My measure of success is we are helping hospitals and patients be happier and safer every day through what we actually do, so we’re bettering their lives, we’re not just pushing paper around and making money.”

It was early into the life of his business that Saud decided to come to the college for assistance. “There was a program for young entrepreneurs,” he says, “called S.E.A., the Self Employment Assistance program.”

He applied and was accepted, and soon found good use for its resources. “Back then, it was ten weeks of training, where they teach you the basics, so sales, marketing, finance, operations, human resources, those types of things. Then the government gave you a little bit of funding. It was enough that as a young entrepreneur, you could pay your bills, but not enough that you’d stop working on your business, so that was a huge help for me.”

More than the economic and educational benefits, he credits the mentors the program connected him with as being key to his success. “Without the program, and the mentors I got through that program, I don’t think I would have been here,” he admits.

“There was one gentleman, Jim Pullen,” he continues. “Jim took me under his wing, he connected me to contacts, and just helped me with something as simple as opening up a business bank account. In fact he gave me ten dollars, as the first ten dollars to put in that bank account so I could open it up.”

Regardless of the potential for success, it can be intimidating leaving a stable job to make it on your own. Saud doesn’t really see it that way, though. “From my lens, I view being an entrepreneur as the more stable path,” he explains, “because now we have hundreds of clients. If one of them decides that they’re not a fit for us, they can go on their way, but we still have clients. But if I had one job, and that company decided to restructure or get rid of me, then I’m back at square one, which has happened to me before.”

While he advises passion, he cautions about going overboard with your new business, and speaks of the need for professional distance between you and the business. “Before,” he explains, “I would always view my identity as the same as the business’s identity, and if the business wasn’t doing all that well, or was going through challenges, I would view that as my personal failure, Saud’s failure.”

In reality, you and your business are two separate things, and a level of separation is necessary. “There’s a tremendous amount of inner turbulence,” he warns, “and anxiety, and depression, and stress, and all sorts of really bad things that an entrepreneur can get mired in if they tie their identity to the business. But if you flourish personally, the business flourishes as well.”

ACCEL, and advice for the future.

As with other entrepreneurs involved in ACCEL, Saud’s professional relationship with the college began with the Applied Research and Innovation Centre, or ARIC. “PolicyMedical partnered with ARIC to do a venture together, to have some engineering work done, and to employ some of the students,” Saud recalls.

This includes stressing the importance of mentorship, and how it’s a two-way exchange. “I’m now a mentor for others, and I’ve learned just as much or even more from my mentees as I do from my mentor. Being engaged in mentorship is extremely valuable for entrepreneurs.”

Finally, he continues to emphasize placing equal value on your personal well being, as mentioned above, as well as making sure to balance your classroom learning with real-world experience. He mentions as an example that he opted to take night school and develop his business during the day, “That gave me context,” he says, “so it wasn’t just straight book learning. I would really encourage students, even if their education takes a bit longer, to pursue the right kinds of experience.”

Ready to Get
In Touch?